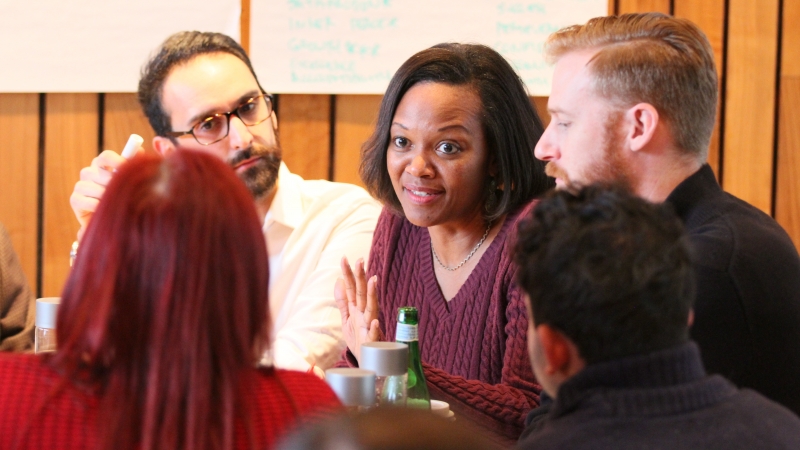 Can You Design Teams For Success? Here’s What We Know So Far

For the last 11 years, Enstoa has worked to ensure capital projects achieve maximal return on investment. Capital projects are inherently risky -- they’re big, expensive, and time-consuming. Enstoa is on a quest to reduce these risks.

To this end, we’ve traditionally focused on a core set of concerns: streamlining processes, applying data-driven insights, and using emerging technologies like AI to reduce uncertainty and minimize cost.

Along the way, we realized that organizational productivity is likely to be highly related to organizational structure and culture. For example, we observed that very hierarchical structures were slowing down innovation, and that high-conflict teams seemed less likely to execute projects successfully.

People Have a Wide Range of Traits and Work Styles

Last year, Enstoa began building a new product to help organizations overcome their cultural and structural challenges. In reviewing clients’ data, it quickly became clear that individual employees, even those with the same title and level of experience, had widely varying workloads and areas of specialization. What could we do, we wondered, to ensure that people who worked very differently would nonetheless be able to work together in a more seamless, productive way?

I like to quantify things. My own background is in economics, with a focus on statistics, machine learning, and applied mathematics. To my mind, the team composition question was one that could be understood quantitatively. The next question became how.

I got to work analyzing the responses to an assessment taken by all the members of a large client’s project management team. A picture began to emerge. Some team members valued collaboration and teamwork while others thrived on competition and achievement.

With this, I identified the underlying trends in individual behavior and grouped those individuals who behaved similarly together. We wanted to see which kind of team would perform best—those with members who were similar or those with a more heterogeneous set of behaviors and values.

What Kind of Team Performs Best? Assertive or Collaborative?

After these early efforts, we decided to look inward and test these ideas on ourselves. Early prototypes were built and put to use in our recruiting and team management efforts. At this point, we had enough data to observe that many diverse values could (and did) exist within a single company. We also knew that research suggested that individuals are hardwired to seek out like-minded others.

To hone our ideas, we collaborated with Professor Paul Ingram, the faculty director of The Advanced Management Program at Columbia Business School. Professor Ingram is an expert in how individual values inform and affect our professional lives. With Professor Ingram’s advice, it was decided that a field test would the best next step.

Fortunately, a client needed to put together a set of procurement teams for high-level negotiations; a perfect opportunity for a field test arose. Even more fortunately, the client was amenable to studying teams from a values perspective to understand which kind of team would perform best. We decided to test for three specific values: high assertiveness, high self-assuredness, and excellent communication skills.

Three distinct teams were created. The first team was heterogeneous, with each member being very strong in at least one of the three areas. The second was designed to be more homogenous and include only members who are strong communicators. The final team had a balanced profile across all traits. With this structure, individuals were allocated to teams by our proprietary algorithm.

The results were fascinating. We found that there was almost always a set of one or two individuals who are so strongly aligned with some values and/or objectives (good negotiators or ace contract closers, say) that they appear in each of the three teams. They formed the “core” of the procurement function. Other individuals have traits that align on a few dimensions, but not all. These individuals orbit the core group.

Once a user decides which values are relevant to a given role, the algorithm will generate teams that are strong in these values on the fly and in real time.

Why would an organization want to do this? Our results align with what we’ve seen in in-house testing and also echoed the main tenets of Professor Ingram’s research at Columbia. He found that for individuals with very different values, sharing even just a few, increased individuals’ desire to engage in a professional network by 67 percent. It seems that having a few traits in common with teammates increases a group’s desire to interact. Similarly, like-mindedness appears to promote cooperation and productivity. In hindsight, this sounds like common sense, and yet the “opposites attract” school of management is not only very popular but based on the seemingly false premise that teams composed of individuals with highly divergent values are stronger than homogeneous teams.

The potential applications of these are vast. At the hiring stage, evidence-based team design could be helpful for boosting early employee engagement and retention as well as removing some of the effects of unconscious bias in hiring. In management, this approach could help to create rapid response teams for mission-critical projects. At the leadership level, evidence-based team design could facilitate organizational change and help swap out outdated, overly hierarchical structures for more flexible, high-performing organizational models.

One additional early finding is especially exciting: that these highly synergistic, evidence-based teams could potentially not only enhance team performance but possibly also provide a boost to team members’ overall quality of life and day-to-day happiness. That would be a big win-win.

Right now, we’re working on refining our models further and creating a scalable product. Stay tuned to learn more or contact us if you'd like to explore team design for your company.